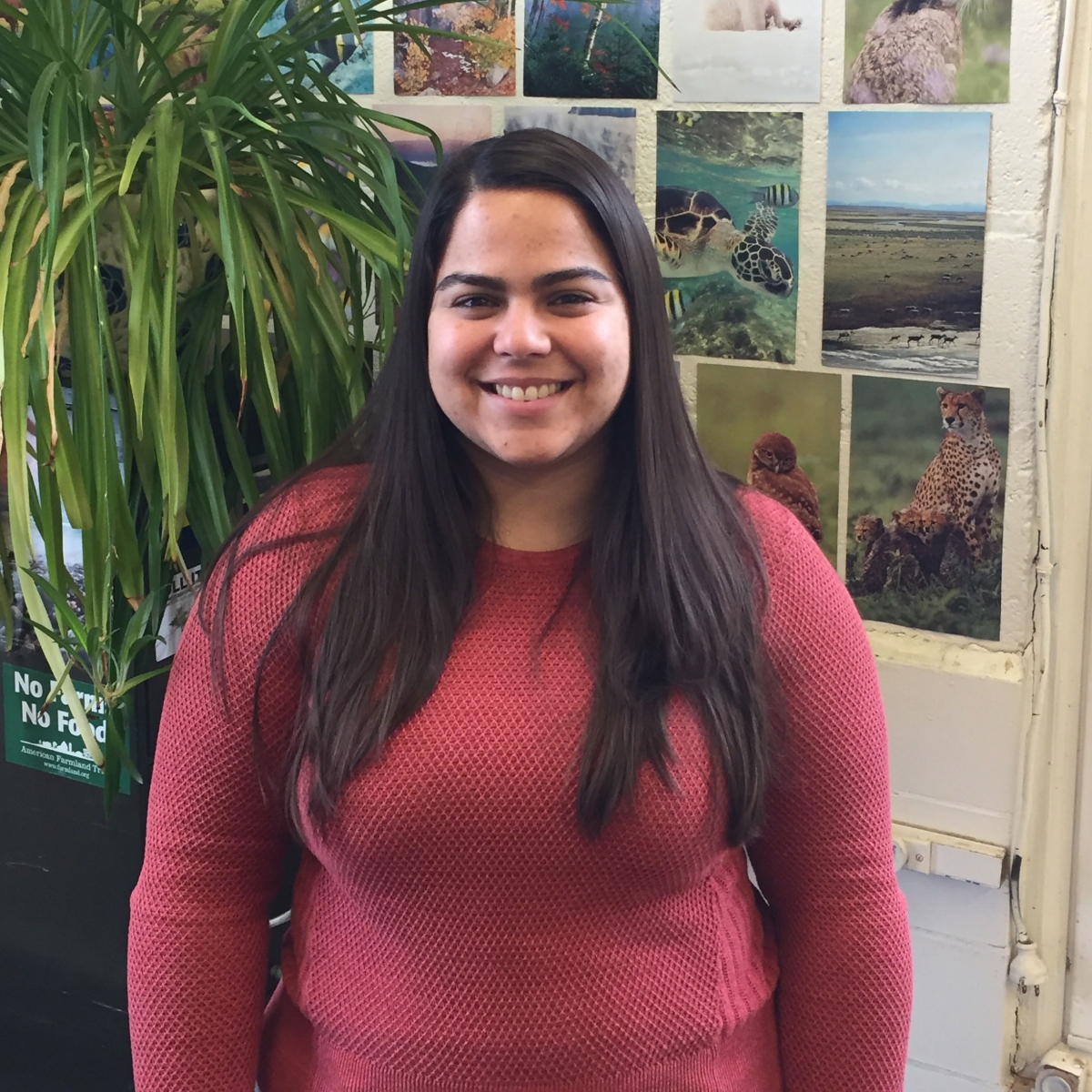 Bianca Rodríguez-Cardona, a Ph.D. candidate at the University of New Hampshire, enjoys field work in distant places. In summer 2016, she conducted experiments in an area of Siberia characterized by permafrost and a history of forest fires. It is so remote that the only way to get there (or leave) is by plane or by boat. In winter 2016, she tested her theory about the role of carbon in regulating nitrogen in streams by conducting research in the Luquillo Mountains of Puerto Rico at the Critical Zone Observatory. Now she is wrapping up her graduate work by investigating the role of the natural environment in removing nitrogen from freshwater streams in New Hampshire. She will write her Ph.D. dissertation on her work in all three biomes - the boreal forest of Siberia, the rain forest of Puerto Rico, and the temperate forest of New Hampshire.

As an undergraduate at the University of Puerto Rico, Bianca spent one summer with Vermont EPSCoR’s Streams Project and another as a participant in a Research Experience for Undergraduates (REU) project on the Flathead Lake watershed on Salish and Pend d’Oreille tribal land in Montana. She chose UNH to do her graduate studies and work with Professor Bill McDowell, director of the New Hampshire Water Resources Research Center.

Bianca’s research, supported by the NH EPSCoR Track-1 project Ecosystems & Society, indicates that land conservation could play a significant role in reducing nitrogen in New Hampshire’s Great Bay Estuary, a 6000-acre tidal bay that is one of the largest on the Atlantic coast.

Seven major rivers emptying into the estuary drain a large portion of the fast-growing southeastern corner of New Hampshire. Seacoast communities are trying to reduce the amount of human-produced nitrogen from wastewater treatment plants, septic systems, fertilizer, and storm water that flows into streams and eventually to the estuary. Too much nitrogen from these sources threatens to degrade Great Bay’s water quality and habitat for fish and other aquatic organisms.

Bianca has conducted experiments in a stream that flows into the Lamprey River, one of the major rivers emptying into Great Bay. Her data, published in the Journal of Geophysical Research: Biogeosciences, confirms that when dissolved organic carbon increases, the amount of nitrate flowing downstream decreases. Carbon, which occurs naturally in the environment in the form of organic matter, provides fuel for microbes that live in the sediment of streams and rivers. These tiny organisms can decrease the amount of nitrate (a form of nitrogen) that reaches water downstream. Because wetlands and forests along streams contribute organic matter such as leaves, conserving these natural areas can reduce the amount of nitrate reaching the estuary by providing the fuel that microbes need to remove nitrogen from the water.

Understanding the natural controls on delivery of nitrogen is critical to maintaining Great Bay as a vibrant and productive ecosystem. Years of research in more degraded bays elsewhere point to excessive nitrogen inputs as a driver of declines in eelgrass and overall ecosystem health. By understanding the role of organic carbon in Great Bay tributaries, Bianca’s work promotes ways to maintain the health of the estuary.

Bianca was featured along with her major professor Bill McDowell as part of the UNH Faculty Excellence 2017 video series: