KEEPING ILLNESS OFF THE HALF SHELL

Using genomics testing, researchers discovered a fast, cheap, and effective way to detect a pathogenic strain of bacteria in both raw oysters and humans who consume them. This breakthrough discovery was made possible by a significant equipment investment from our program and the University of New Hampshire. Amid a growing demand for shellfish, the new detection method can be used by food inspectors and oyster sellers, and it provides the basis for a test to diagnose the bacteria in humans.

When eaten raw, oysters can cause vibriosis, an illness that causes gastrointestinal distress and in rare instances may cause a more serious infection in those with weakened immune systems. This can happen when raw oysters are contaminated with a pathogenic strain of a group of bacteria called Vibrio. As our appetite for oysters – particularly in the warm summer months – has increased, and water temperatures have risen due to climate change, incidences of vibriosis have also gone up. Scientists are studying the connection between warmer ocean water, heavy rainstorms, and the increased prevalence of this bacteria in New England. 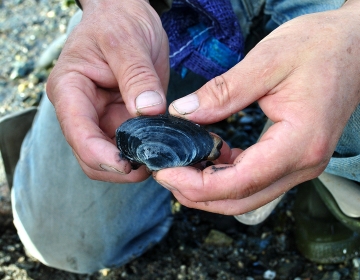 Safe Beaches & Shellfish
Infusing cutting-edge science into the management of beaches and shellfish beds along the Gulf of Maine.
END_OF_DOCUMENT_TOKEN_TO_BE_REPLACED 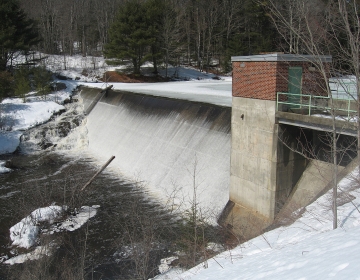 The Future of Dams
Merging science with community engagement to strengthen decisions about the future of dams in New England.
END_OF_DOCUMENT_TOKEN_TO_BE_REPLACED